This week I’ve been doing a bit of research before I get started constructing the world for mission 4. It’s amazing how much progress the entire team has been making of late, and we’re all feeling very optimistic about the future of the game! Mission 3 is well underway, speaking of which Paul has really been putting in crazy hours to get ahead of himself so much so that we decided to give him the day off today!

I’ve done a bit more optimizing of the project, tracking down 2k and 4k textures and downscaling them as much as possible. I’ve also started redesigning the main menu level and how in a future update it will be implemented in the game that better positions us for our upcoming Playstation VR release. Sorry no media from me this time around, next week I guarantee, see you then!

Since the last update I have been working on reworking the underpinnings of free roam. We have settled on a design and now we’re implementing it! So far it’s pretty basic but it should be a good foundation to add all manner of bells and whistles in the near future. Along with that, there’s been lots of little bug fixes across the board (most of which are not really user-facing for the most part, so not very sexy to write about here)
A sneak peek into the next mission though! Or, at least, a weapon you will get to use.. 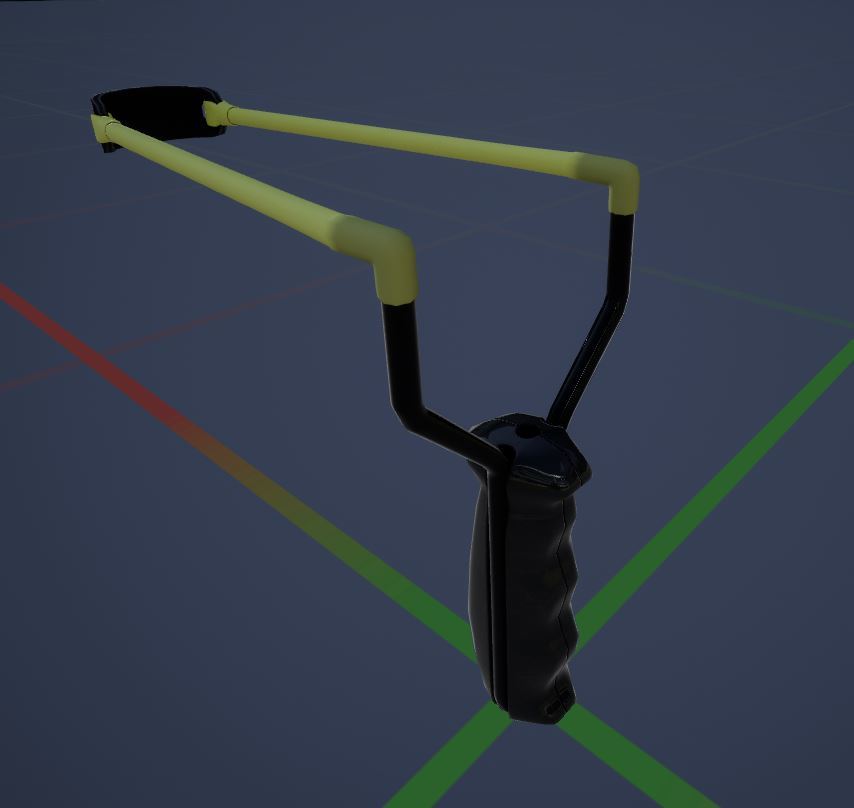 I spent this week focusing on improved Audio quality of our current weapons of which many you have yet to see. I also applied unique haptic curve feedback for each individual weapon so you can get the most out of your gun play. I am also working on applying haptics and unique audio to the mechanics of the weapon as well from magazine interaction to fire select. It is our goal to make all our Melee and Firearms as enjoyable as possible. Also I scaled images for our Oculus Store……………….
(legit, he did. -Lawrence)

This 168.3-hour chunk of our planet’s orbit (apparently we use “this week” too much) I have been preparing our game for shipping on a whole variety of platforms! I have the PS4 dev kit set up and just waiting for a few things from Sony and Epic and then I’ll be starting work on the long-awaited PSVR release! We have already submitted the Oculus build which is pending approval, and are very close to the Viveport submission. Things are moving fast around here!

I spent my time assembling new core mechanics for the upcoming mission. Unfortunately I can’t really speak about specifics of these things because we want to keep it a secret until it’s closer to release! That said, I’m happy to report that new mission is looks promising and provides a fresh perspective to the game and is already halfway there. If no further delays occur, Mission3 should hit test builds early next month and public build not long after!

Rise of the Dead!